Few weeks ago, I was deeply inspired by the sounds of whales. Amazing frequencies, sounds, songs, clicks and moves in the water, made me curious to explore it. With other words, to get to know more than we already know about this great underwater mammals. 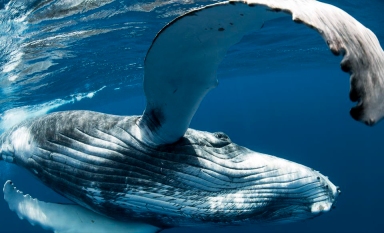 My research is based on exploration of a pattern; concentric circles.

I am particularly interested into its »information« function, which seems to work mostly through the shape of a sound or vibration. It is a pattern of a communication of all living beings, including the planet Earth itself.

The theory of a concentric circles is usually used to present social behaviours, social communication structures and PR strategies. What I am interested in is a potential theory of concentric circles in nature, more precisely, its appearance as a 3D sonar, earthquake wave and finally as a »communication shape« in comparison to human. My aim is to present water as a universal matter.

Water is a matter which reflects each move, on the surface or in its weight. Each move is reflected as an echo, exactly the same as a sound which we leave in the air. Interesting thing is, that each information comes back to us. Here, I would like to make a comparison to human life. Each thought or a word is sooner or later returned into our life, even if perhaps in some other shape. It is about the »Echo effect« (or a »Butterfly effect«) of the information spread in the space and time.

Dolphins, whale and bats communicate on the base of Echolocation sounds. The word “song” is used to describe the pattern of regular and predictable sounds made by some species of whales, notably the humpback whale. This is included with or in comparison with music. Male humpback whales have been described as »inveterate composers« of songs that are »strikingly similar« to human musical traditions. It has been suggested that humpback songs communicate male fitness to female whales. 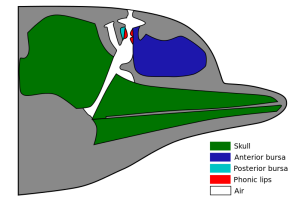 There are many theories which suggests that this mammals use a specific frequencies to find each other on a distance of 1000 kilometers and more, to locate the size and shape of the object in a distant time and space.

Furthermore, if we imagine to observe a simultaneous  falling of two drops, it does reminds us on two spots which try to communicate with each other. Two drops are vibrating in one space and time. Their traces x-crosses each others ripples, exactly as human brain vibrates with electromagnetic waves in the space and time. Water could be understood as a »vacuum space« or a »body«. Its liquid space is reflecting each move and sound.

My aim  is to present water as a universal matter which can transfer an information, either on its surface or in depths. Water field could present »a knowledge system« or a piece which transforms a typography of human communication into a sound or (and) move. My inspiration and a bibliography would be a physical »knowledge of a ripple«, by J. A. Fleming. (A course of christmas lectures delivered at the royal institution of Great Britain, «Waves and Ripples in the water, air and Aether«, 1902)

»The rate at which the centre of this active group of vibrating balls is displaced may be called the velocity of the wave-train. The velocity of the wave is, however, something greater, since the waves are all the time moving through the group. This wave-velocity is numerically estimated by taking the product of the wave-length and frequency of the motion. At this stage it is necessary to explain that waves are not merely a mode of motion ; they are a means of conveying energy. » (J.A. Fleming)

»,..Within this confluence of texts, a dialogue begins to emerge that recounts the ocean as a palimpsest for numerous journeys and experiences, from various cultures, some solitary and others shared,…« (Sam Trubridge, Performance research introduction »On Sea/At Sea«, 2016)

My intention is to connect sounds with the keyboards or microphones. The spectator would therefore, try to communicate with other spectators around the »water cube« (about3mx2m size), meanwhile observing its water traces in the pool. Microphones could perhaps directly connect spectators and water, therefore, the sound could reach its echo effect. With a good light design, water reflections could be projected on the walls around.

At the moment I am already testing sound waves above the waters surface, to find possible frequencies of sounds.  Finally, a key question of this research would be to explore the borders of communication and miscommunication.